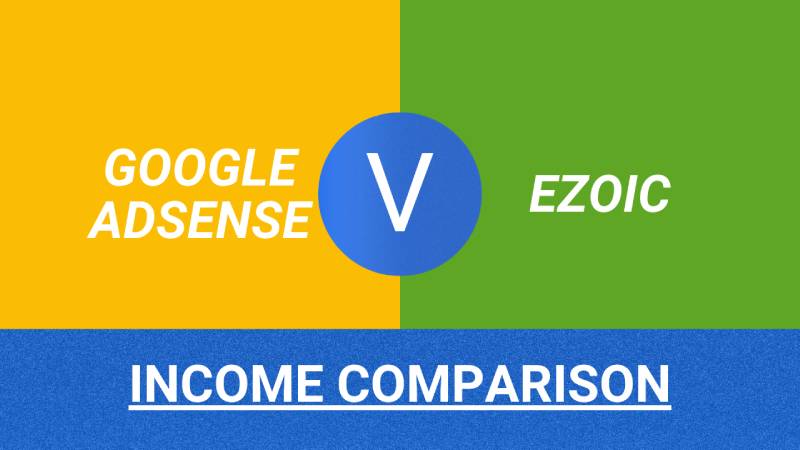 I have a sports content site that has grown a lot over the past year. I actually set it up as a portfolio for my own work but later adapted to adapted it into a content site, with one excellent writer producing around three articles per week for it since late 2019.

In 2020, it really started taking off in terms of traffic so I set up AdSense in order to start monetising the site.

I’d also been aware of Ezoic for a number of years but had previously been put off from actually using the ad network due to the fact that the recommended way to set up ads on your site was to change your nameservers to Ezoic’s. That just seemed outright scary.

I continued with a paltry income from Adsense (which was rarely getting more than a $3 RPM) heading into 2021 and just kind of accepted that this site was probably going to do little more than ever break even.

However, a fellow blogger started telling me that she had more than trebled her income after switching from AdSense to Ezoic and said that the user experience with Ezoic really wasn’t anything to be feared.

So, in mid-April I made the switch from Google AdSense to Ezoic and I want to share with you my initial results to see if Ezoic really is better than AdSense for bloggers.

And, without further ado, let’s just skip right into the results…

NOTE: Sports sites like mine have a terrible RPM across the board compared to other niches. The audience is too broad and they’re not looking to buy stuff – so you really need an awful lot of traffic to make any real money. Most other niches will have much higher RPMs.

As you can see in the table below, just by switching to Ezoic, I nearly trebled my RPM on the site. In March (with Google AdSense) I had a Page RPM of $2.27, giving me a total earnings of $136.33. Traffic increased a bit in the following months, but nevertheless my Page RPM soared to $6.65 after switching to Ezoic and earned me a total of $485.65 for the month.

Even if the traffic levels had stayed exactly the same, I would still have made over $400 – nearly treble what I was previously making.

Is Ezoic Better Than Adsense?

So, in terms of income alone, Ezoic clearly performed much, much better for me than Google AdSense with RPM (“revenue per milli”, i.e. money made per 1000 page views) shooting up from $2.27 to $6.65.

But is it that cut and dry?

Of course, it’s not just the income you need to consider when choosing ad providers. Ezoic does have a bit of a reputation for being quite heavy on the amount of ads on show, as well as slowing down your website.

Indeed, our results did show a small increase in bounce rate (91.36% to 92%) after the switch, while users also stayed on the page for two seconds less (32 seconds to 30 seconds).

This is a bit of a shame, but it’s not exactly a drastic shift – especially when you consider the massive uplift in revenue.

One of the biggest challenges I’ve had with this website has been page speed. I’d tried all sorts to fix it with little reward.

After I switched to Ezoic I kept a check on my Web Core Vitals results via the Google Page Speed tool. The scores didn’t improve, but they didn’t get worse either. The only difference I noticed was that ads took longer to appear than with Google AdSense, but it didn’t slow down the rest of the page or cause Content Layout Shift (CLS).

Shortly after joining Ezoic I got invited to use Ezoic LEAP – the company’s new (and free!) website optimisation tool, which is replacing the discontinued Ezoic Site Speed Accelerator.

And it made a massive difference.

Okay, it’s not perfect and the scores still are some way off the ideal 100 / 100, but it at least makes the site much more user-friendly.

And that brings us to the key question…

How Much Can You Earn with Ezoic?

As I mentioned earlier, the RPM for a sports site is typically very low. So I asked some blogger friends what their RPM is for their Ezoic sites. The highest earning niches were earning over $10 RPM, while all niches seemed to clear at least $4 RPM.

Getting Started with Ezoic

If you are interested in trying out Ezoic, you can sign up to Ezoic for free by clicking here.

Ezoic previously required that sites had at least 10,000 page views per month in order to be accepted, however they now accept all sites via the Ezoic Access Now program which has a slightly different onboarding journey. However, if you have less than the 10k threshold, your site must be compliant with AdSense policy.

Should You Switch from Adsense to Ezoic? [CONCLUSION]

In my experience, as well as from every money-making blogger I’ve spoken to, you almost certainly should switch from AdSense to Ezoic if you can.

By switching from Google AdSense to Ezoic, I nearly trebled my website income and gained access to Ezoic’s LEAP tool which helped increased my page speed and Core Web Vitals scores significantly.